The teeth and the whole mouth in themselves form a unit and are part of the whole human being.
Malformations of the jaw are an expression of functional disorders occurring in the fields of ingestion, speech, taste, digestion and swallowing. Because of these, breathing, smelling and the perception of the environment is not possible in a normal way, and consequently the outside world cannot be brought into a harmonious balance with the inside world.
The ears also play a prominent role. Hearing has an influence on the production of speech. If mouth functions are disrupted, there is very often also a blockage in the nose-throat area, which will have a more or less strong detrimental effect on hearing. If the organs in the nose-throat area are malformed, abnormalities in breathing, chewing, smelling and tasting are to be expected, as well as an incorrect production of speech. Jaw anomalies (mouth functions) are not an independent illness, but rather an expression and symptom of a deficiency or malfunction. There is also no genetic pattern, but the material transport can be discerned in the motional patterns of tissue and tissue fluid streams.

The principle of the Bionator therapy

First and foremost the Bionator intends to improve the hydrodynamic conditions of the mouth and throat area, actually of the whole person, this is to say the vibration characteristics or elasticity of the protoplasm of the entire tissue. This means that the effect of the Bionator lies in its influence on the dynamics of everything alive. Primarily it is not aimed at the "expansion“ or the isolated movement of rows of teeth or individual teeth. The forming of the jaws and teeth is rather a side effect which develops by itself during the healing of the patient.

Gentle and pain-free electric impulses relax the muscles while one of our osteopaths finds the best possible position of the lower jaw. If necessary neural therapy or psycho kinesiology therapy will be carried out. After taking an impression of the teeth a splint is custom-made to regulate the occlusion. It has to be checked and readjusted regularly. Once the bite is corrected, dental prothesis or holistic orthodontics will stabilize the bite. 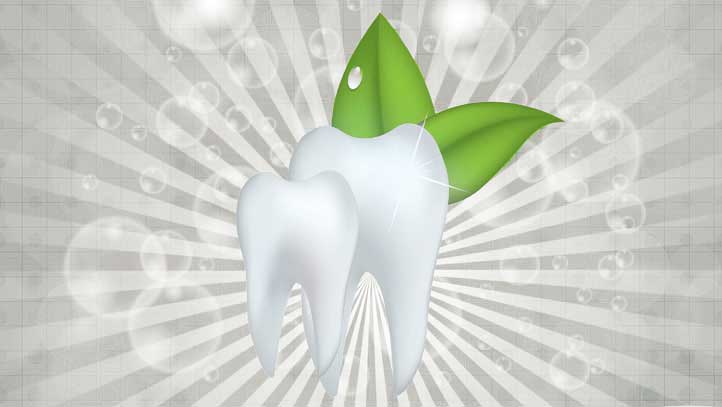